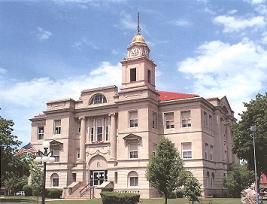 Keokuk County is named after a famous Sac Indian Chief. The name means "Watchful Fox" or "He Who Has Been Everywhere". Chief Keokuk advocated peace with the white settlers. He was well respected by Americans, as well as by his own people, and was known for his honor, character, and oratory skills. Indian tribes that lived in this area were the Sac and Fox.