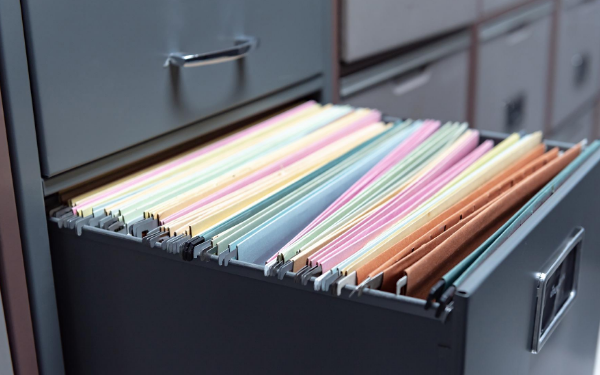 The office will be closed on 2022 official holidays. 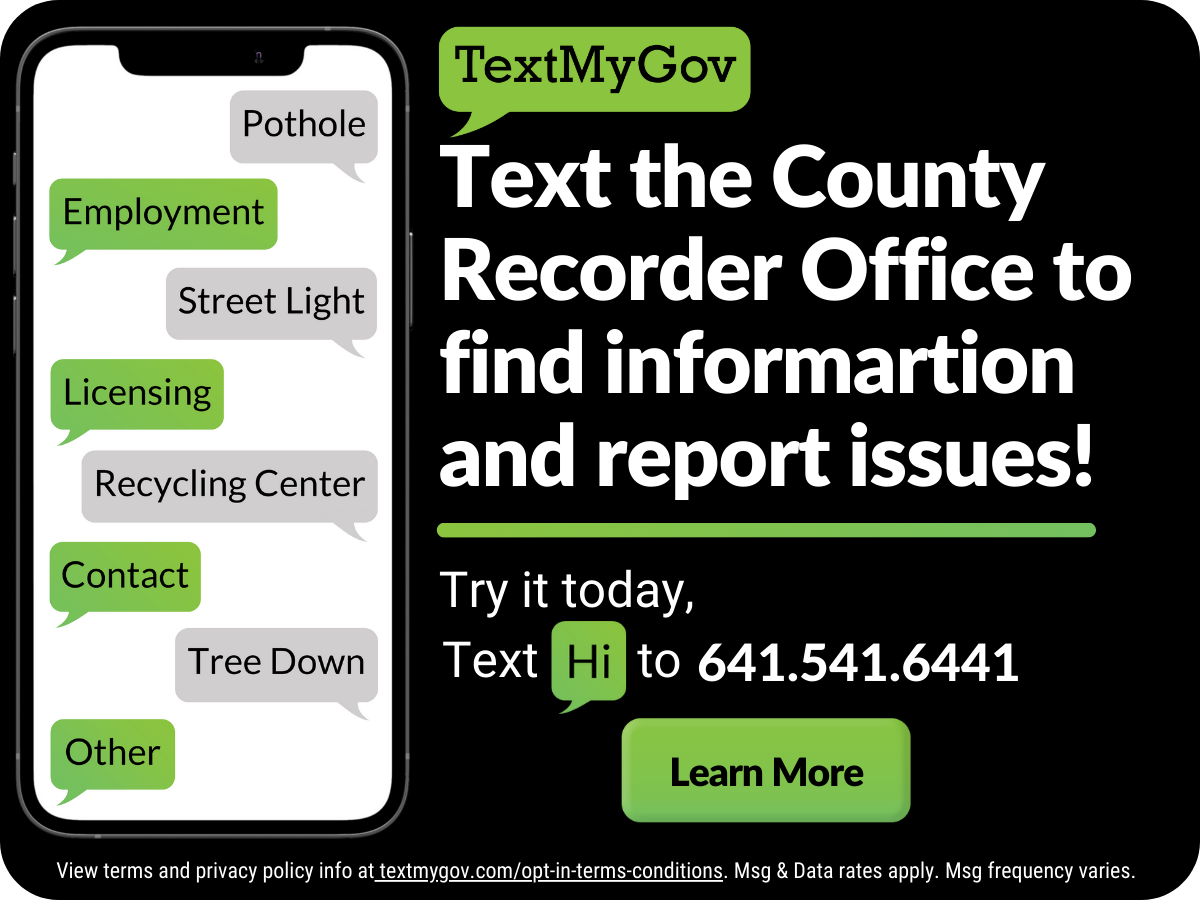 RECORDING OF ANY DOCUMENTS AND MARRIAGE APPLICATIONS SUBMITTED AFTER 4:00 P.M. WILL BE PROCESSED THE NEXT BUSINESS DAY.

The Keokuk County Recorder’s Office was established for the purpose of maintaining official records of documents affecting title to real estate and tracking ownership for taxation.  The first document was recorded October 1, 1844, as a plat of survey for the public square for the “Town of Sigourney, the Seat of Justice, in and for the County of Keokuk and the Territory of Iowa.”  Since that time Keokuk County residents have utilized the Recorder’s Office to record first landowner patents from the U.S. government, deeds and contracts.  Other documents recorded include mortgages, affidavits, easements, surveys, power of attorneys, trade names, military discharges and many other documents relating to land.   As Iowa laws affecting land have become more complex, so has the job of indexing and storing the record.

Personal property liens began in the office as chattel mortgages, which are now recorded as UCC financing statements beginning in the 1960’s.   In 2001, all personal property UCC filings will be filed with the Iowa Secretary of State, except for permanent fixture lien filings needing notice in the real estate record.

The sale of game licenses began in the Recorder’s Office in 1930’s through the Iowa Department of Natural Resources.  Hunting, fishing, fur harvester, deer, turkey and other licenses were made available to county residents through an electronic state system beginning 2000.

County Recorders became official U. S. Department of State passport agents in 1994.   County residents may apply for passports locally with correct documentation.  This service was stopped in Keokuk County in 2014, due to conflict of the office having vital records.

County Recorders also became County Registrars under a statutory change in 1997 regarding county births, marriages and deaths.  Certified copies are available to eligible applicants and assistance is provided in areas of record amendments, delayed filings, paternity affidavits, and more.   Marriage records begin in 1844.  Birth and death records begin in 1880 with the development of the first statewide system initiated to tract citizenship and statistics for causes of death.  Vital records are now strictly regulated to protect identity, state assistance funds, and credit fraud.

To provide a fair, accessible and accountable land and vital records system, DNR game licensing, boat, snowmobile and OHV registrations and titling, as determined by the State of Iowa, in a timely and accurate manner through a constant focus on duty to the public served and represented.

Additionally, utilizing modern technology to preserve, conserve and make accessible that system for the benefit of public, good in both the private and public sectors, in a fiscally responsible manner.